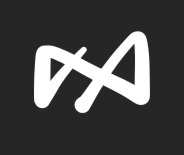 “...Kimo Arbas’s work straddles the ancient and primeval to the postmodern and cybernetic world of technology.  His metaphors allow us to fall into the space of meditation where we become part of the space of the performance, even as audience.  Here the voice becomes a significant element because of its relationship to the body.  It is here where Kimo’s practice extends not only aesthetically but politically as it advances a world view often used to support a political critique of modernism and it’s blind allegiance to the domain of human rational thought.  The dynamic movement of images in Kimo’s performances and the meditative drone of the voice call up a pre-colonial world that still exists and has not been displaced by colonialism and Imperialism.  This is a sentiment that cherishes the protection of a pre-Enlightenment understanding of the world.  But it is not a retreat into superstition, but a movement forward into science fiction.  This dance with the unknown does not open up the opportunity for dogmatism, instead it opens up the vistas of unknown futures and celebrates the idea of change, particularly as a way of unpacking received ideas particularly about reality.  In Kimo’s world, human cognition and thought is unified with the purely material and sensible properties of matter.  Kimo is among a very few artists who treats the sensible as a politicized experience.   Perhaps he feels the experience of the sensible is the location of the spiritual, not so much the religious idea of spirit, more so an existential construct.  We can only arrive there by participating in some type of scripted and disciplined process, not by denying discipline in favor of an unfettered, interiorized subjectivity, more like a deconstruction of the space of objects and language.  Traditionally it is thought that the undisciplined space is where our intuitions and imagination lie.  Kimo expands this by displacing the interior subjectivity with destabilizing forces that exist in matter but is constantly trying to explode matter into tiny pieces.  He achieves this by ritualizing matter and sound and treating them as proof of transcendence over thought.  For it is suggested in his practice that this abstract space of reality is both instrumental and instructional in advancing the critical and aesthetic interests of an entire planet.  Here I imagine Kimo would probably disagree; his is a more relativist world where the idea of change is fundamental and core in our assessment of not only a “true” reality but also provides us with the ability to form a morality and ethics that are deeply rooted in art and artistic practice by virtue of the fact that in art we make the invisible visible.”

Charles Gaines has written a number of academic texts including: "Reconsidering Metaphor/Metonymy: Art and the Suppression of Thought", Art Lies, Issue 64 (Winter/2009); "Ben Patterson: The History of Gray Matter From the Avant-garde to the Postmodern", a catalog essay for an exhibition at the Contemporary Arts Museum Houston (November 2010); and Kerry James Marshall, London: Phaidon Press, 2017. Gaines received a National Endowment for the Arts (NEA) Grant in 1977. He received a California Community Foundation (CCF)[15] in 2011, and a Guggenheim Fellowship in 2013. Gaines received the CalArts REDCAT Award in 2018[16] and was awarded the 60th annual Edward MacDowell Medal in 2019.[17]

“Kimo Arbas works in the liminal nexus space of technology, art, expression and spirituality. His works explore space and time as well as materiality. From live musical performances fusing spiritual and ancient sounds with mixology and live performance to work with perception and cognition, his work threads the new without the unnecessary utopic shine so often overly implied in the realm both of avant garde constructs and of technological progression and expression. New media and digital art are seeing something of an arguable renaissance at this moment in the art world internationally, but not without the usual growing pains. Digital painting is at times being touted as a new vanguard not of aesthetics, color theory and compositional dynamics. The impressionists were seen as too radical and threatening with light moving beyond traditional formalism. New is a complex and loaded semiotics in art and beyond. Kimo works in a space both current and ancient, of what is possible and the rich vein and thread of history. This is crucial in exhibition as well as the long tail dialogue of movements and periods in art history. He is exploring perception, cognition, mental states as well as the tensions and release of things tied to place, the site specific and the performative.”

Jeremy Hight is a peer reviewer and Judge for ISEA - international society for the electronic arts and an independent curator. His art criticism and reviews have been published internationally in many journals, exhibition materials and books. His digital art is now in many archives including the Whitney Museum digital archive.

2009 Inverted Hallucinations, Kiev Art Center CEX; Kiev, Ukraine; curated by The Ministry of Culture and Foreign Affairs of the Republic of Lithuania,

2008 Conversations with Space, Shota Rustaveli Cinema and Theater University; Tbilisi, Republic of Georgia; curated by The Ministry of Culture and Foreign Affairs of the Republic of Lithuania

2018 Finalist and awarded membership in “the Slush100” one of the top 100 technologies at Slush Conference, Helsinki, Finland.

2018 One of most promising technologies, Pioneers Summit, Vienna, Austria.

2018 “one of the world’s most impactful and promising technology founders and entrepreneurs”, “to re:Invent Europe’s Future”, at Webit Conference, Sofia, Bulgaria.

2018 One of most promising technologies, Wolves Summit, Warsaw, Poland.