J. Kimo Arbas's SISTERS is a triptych, a three panel work touching on the tradition of landscape, scientific and religious art. The work is comprised of time sequential superimposed landscape and astral-photography captured by the artist.

The landscape images are of an active stratovolcano Louwala-Clough or Mount St. Helens located in Skamania County, Washington, in the Pacific Northwest region of the United States and the Earths Moon. The three sequential images were photographed by the artist at day, twilight and night where the stratovolcano Louwala-Clough is illuminated respectively by the Sun, the atmosphere and the Moon. Which denote the three worlds of the Baltic and other world mythologies (i.e. the Underworld, the Heavens and the World we live in day to day).

Astral-photography images captured and superimposed onto the landscape images are of the nearby stars of our milky-way galaxy and the distant Andromeda galaxy. Using exposure time to cause the stars and galaxy to streak indicates their movement in relation to the viewer on Earth.

The images were captured with a high resolution still camera then processed via multiple photo and video software to create a painterly cartoonish distorted digital quality.

The artists deliberate disjointed juxtaposition of the Earth, Moon and Suns sequential movement in relation to that of the stars of our Milky-way galaxy and the distant Andromeda galaxy, manipulation and processing the images into a painterly cartoonish blur denotes the human gaze, fragmented attempt at logically understanding the divine and the history of our imperfect attempt at cognitively communicating the sublime cosmic systems we are utterly inseparable from.

Destruction, transformation and rebirth, and the illusion of imperfection in the infinite connectedness of the uniform material of the cosmos. 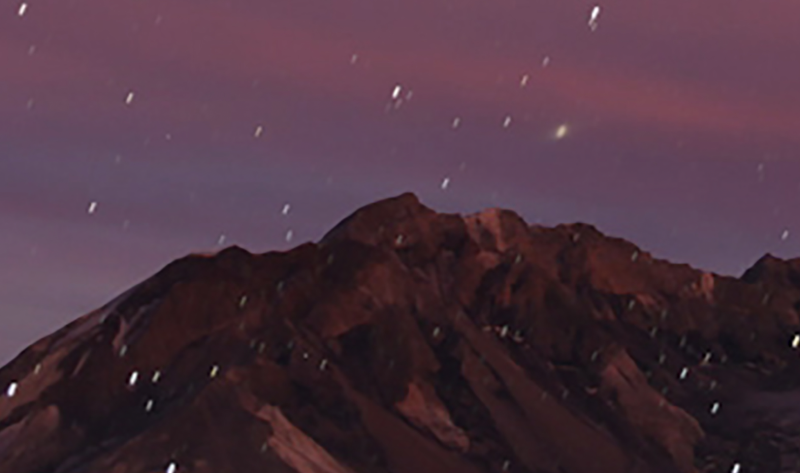 Detail of Sisters at actual size (from one of three 48 inch x 36 inch panels.) 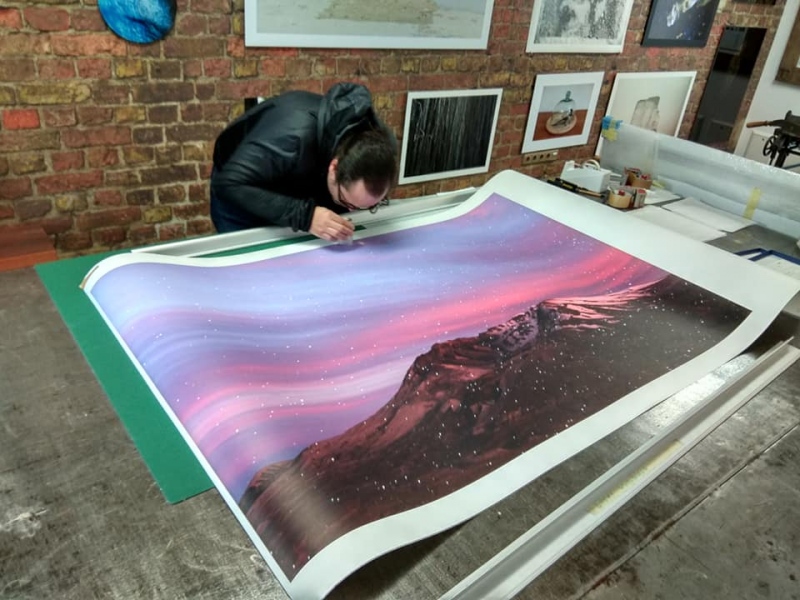